I have been immersed these last few weeks in bringing the play “Eric and Elliot” by Dwayne Hartford to the New River Valley from Roanoke Children’s Theatre. Raising the money to book the play, advertise, promote, print materials, social media promotion, getting news coverage, putting up flyers, emailing stake holders, and etc.

It has been meaningful on many levels because of the play’s focus, which is teen depression and suicide. I’ve had articles and stories sent to me which I’ve posted on our Facebook page . I’ve had strangers call me to tell me why this is important due to how depression or suicide has touched their life. I’ve had people come up to me while eating in a restaurant or out and about to express their thanks in this being addressed because, evidently, we have a problem here, folks, especially in the middle schools from what I’m learning.

Then the snow unexpectedly came, and we had to cancel the show not once, but twice.  At first, I felt deeply discouraged. But this is nature. And so, I just gave it up. All I could do in that moment was let the years and my lifetime of the dear voices in my head who have guided me, reign. My mother; Be kind to yourself, things happen for a reason. My friend Shelly; Now someone who couldn’t see the show before but needs it will be able to. Doris; You do your best, and nothing gets wasted. My sister Lola; You will learn something very important and useful from this. My friend Roger; Things happen and we need to sit and understand, but they don’t change who we are–it’s just information. My friend Michele; You’re like a cat. You always land on your feet.

Unexpectedly I received several sweet messages via Facebook, email, text, in person from people known and not known expressing empathy for me knowing how hard I had worked. It really meant a lot, and totally erased any non-productive thoughts that my efforts had been wasted. Advertisers have offered to waive fees when we re-schedule, and others have asked to be kept up to date.

Roanoke Children’s Theatre‘s Artistic Director Pat Wilhelms is committed to us finding another date, and Jeff Smith at Radford High School is committed as well to making the show available to all.

Many hands and pockets have gone into this endeavor, and I will not let them down.

This truly is a community effort that is nothing about me. It’s about the group effort, and the group achievement. THAT, is community engagement.

Even though sometimes I feel like I’m misunderstood by many around me, and I miss “my tribe”, the truth is that I am surrounded near and far by many and many who have supported and are even more importantly–interested and curious– to see what I might stir up next. And that is nothing to sneeze at.

So, in a way, this is a ’round about THANK YOU, to the family, friends, and those unknown, who have helped, supported, or been curious about my artistic efforts. You people rock. 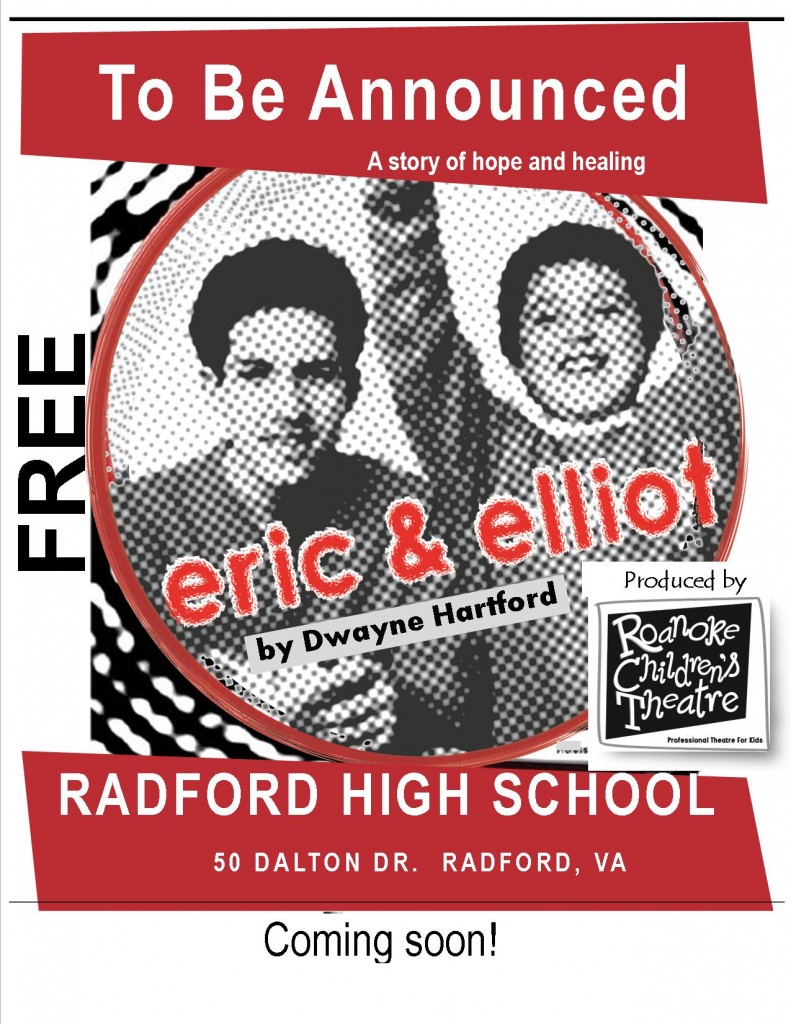