Lucinda McDermott is an award-winning playwright with more than 20 plays to her credit. Her works have been produced both in New York City and regionally. In addition to her one-woman show O’Keeffe!, other notable plays include Shatter the Vessel, winner of the University of Virginia’s 1999 Delauney Prize in Playwriting. Rumpus Room was included in the 2013 Appalachian Fesival of Plays and Playwrights at Barter Theatre as well as the 2011 Martha Hill Newell Playwright’s Award winner. Feeding on Mulberry Leaves, winner of the 1998 Delauney Prize and the 2004 Appalachian Festival of Plays and Playwrights. She was the 2011 Flournoy Playwright.

Fall of 2013 she was Artist in Residence at Washington & Lee University where she taught a course in playwriting, and dramaturged the devised theatre piece, The Be[YOU]ty Project.

Some of her works are available at Playscripts Inc. View a complete list of her produced works. 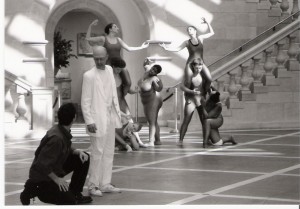 Promo for “Courage By the Sea”, by Lucinda McDermott, at the Gibbes Museum of CharlestonClick here to see promo of play. 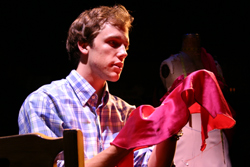 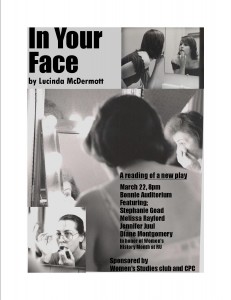